The concert of Dave Murphy and Jyrki Koivisto took place within Reval Folk concert series on the 31st of March (quiet Saturday) in Vanalinna Muusikamaja. This is the review of the concert by Janek Jõgisaar (www.bioneer.ee) 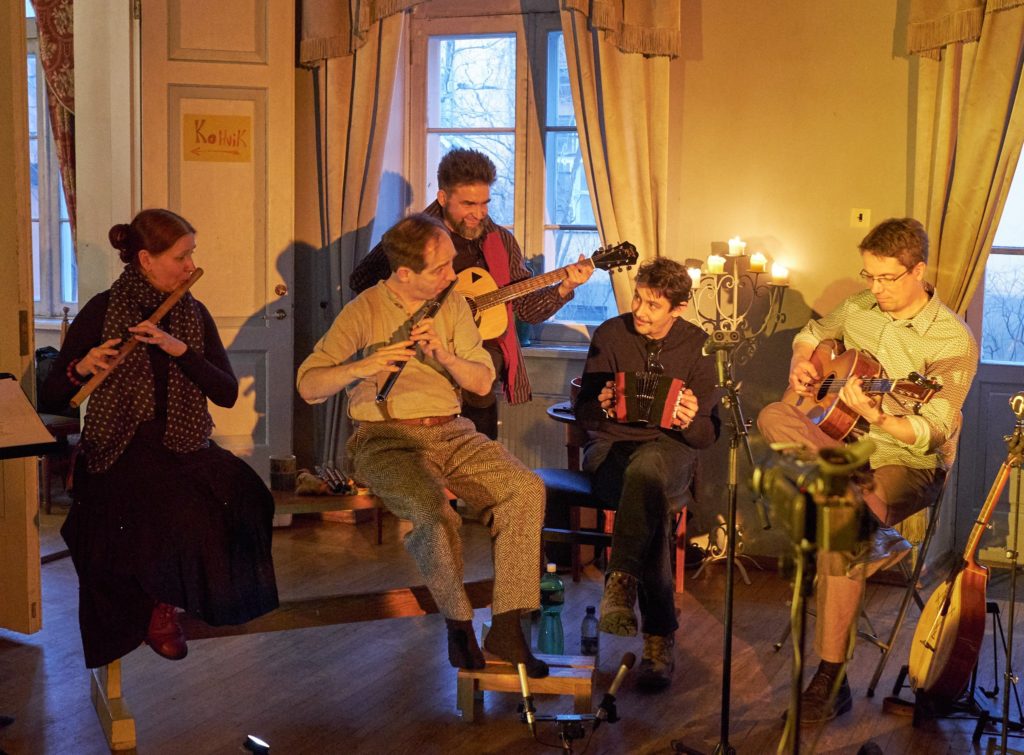 Dave Murphy and Jyrki Koivisto – the shine of spring!

The spring sun banished people from their holy computer screens, before the chilly winds of the same Estonian spring drove people back into warmer rooms yet again. Quite a few of those who had been lost outside found their way to Vanalinna Muusikamaja. All swept in by Reval Folk’s Jyrki Koivisto and Dave Murphy concert at Vanalinna Muusikamaja.

There are quite a lot of people in the hall, so many, in fact, that some of them have to sit on the floor, feeling obviously content that they can stretch out their legs. But sometimes concert halls have such little space that they could be compared to a fully-booked airplane. Luckily, this sound-trip won’t take us to Australia, but to homely Ireland instead. 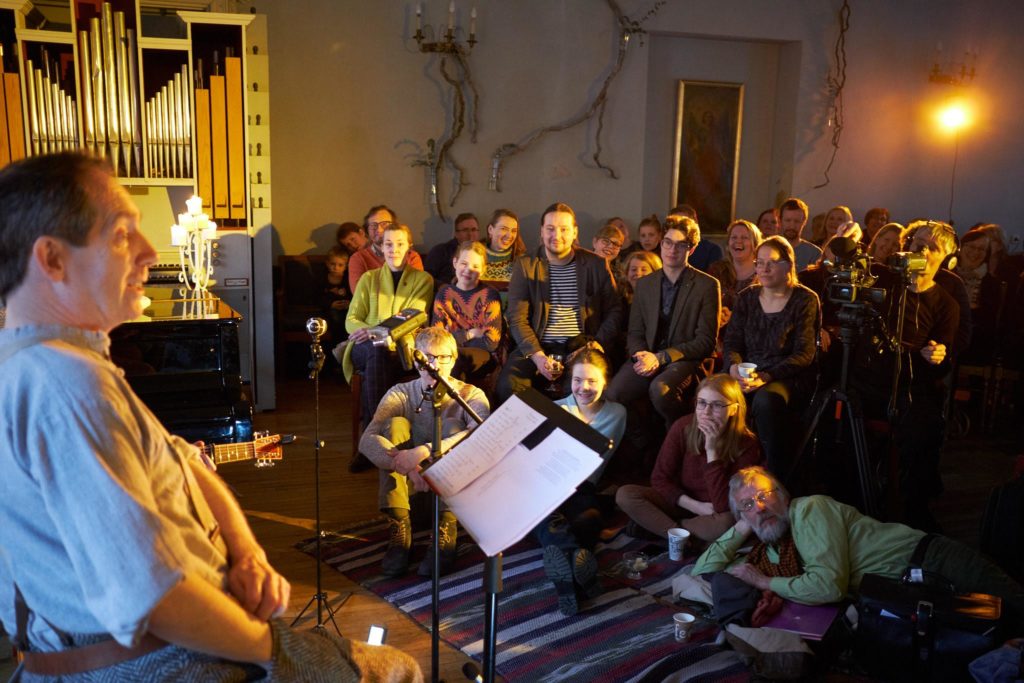 The opening act of the concert is a performance by a lady of the Estonian harp (väikekannel) Eva Väljaots; or rather – the most beautiful Eva Väljaots. If there are no more Eva´s like this. There should be! 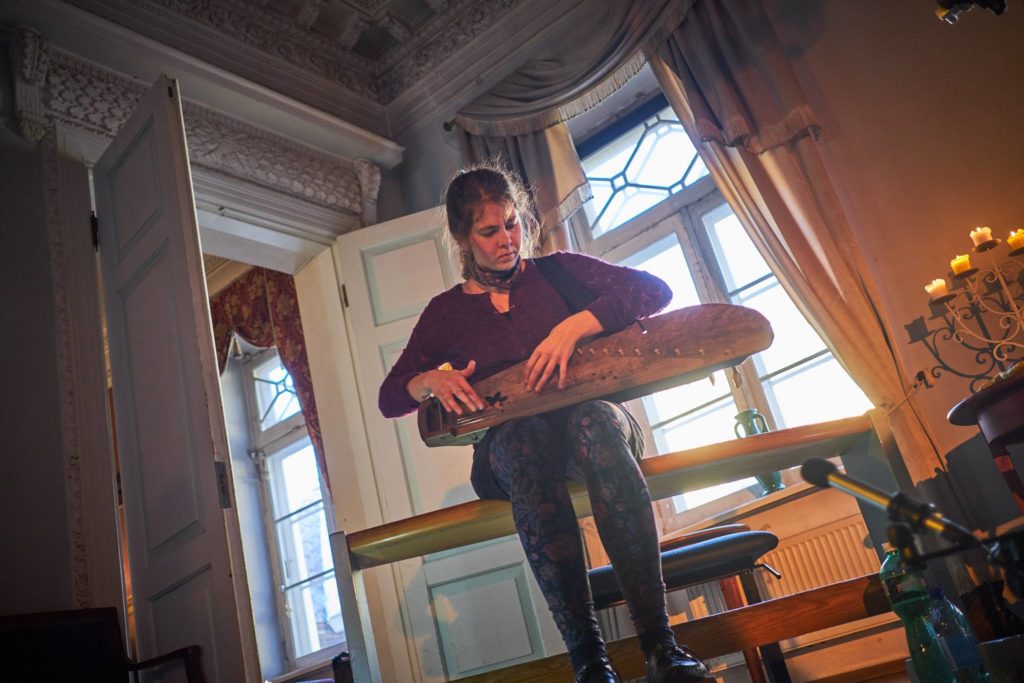 Eva plays a tune that calls upon images of a springly stream. Straight from pure and crisp nature. Her music makes the snowdrops melt in the garden of Muusikamaja.

And suddenly it is again time for Jaak Johanson’s trumpet of the final day, with which he leads in the main performers – Dave Murphy and Jyrki Koivisto. 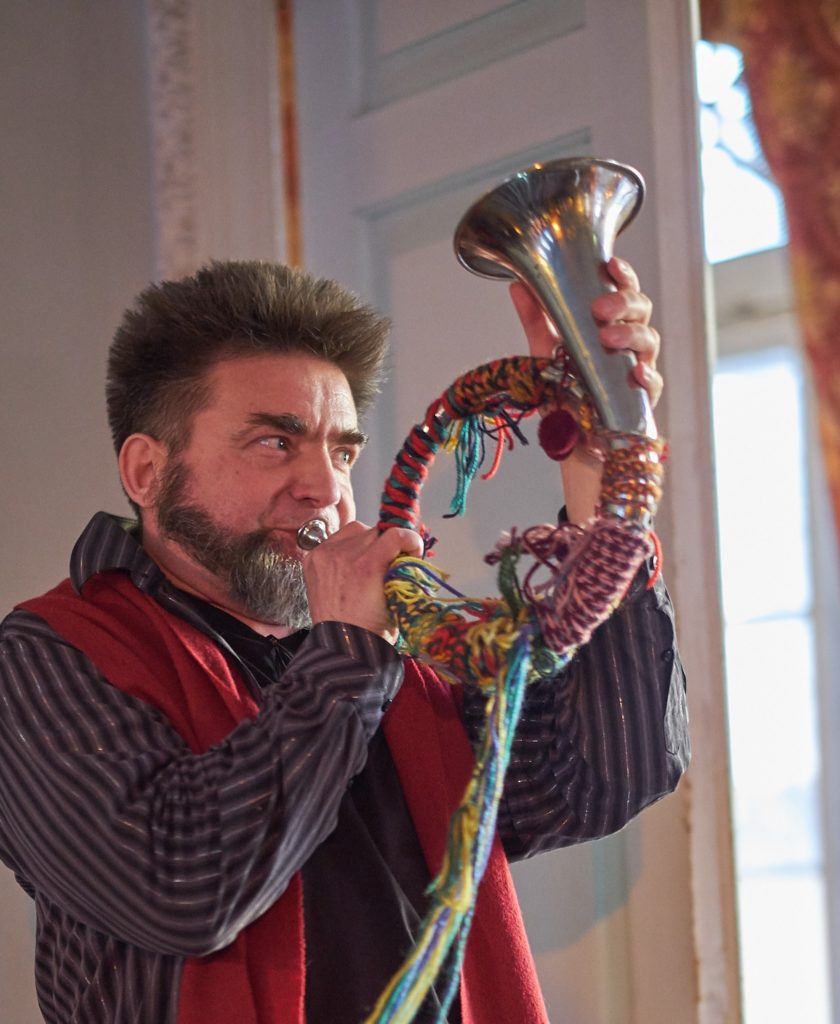 Koivisto has nothing in common with the Finnish President of the same surname. Neither does Dave Murphy belong to IRL (Isamaa ja Res Publica Liit – a political party in Estonia called “Pro Patria and Res Publica Union”), but comes from Ireland, from where one can find a story everywhere – a tune behind every tree stump and an interesting story in every shrubbery. 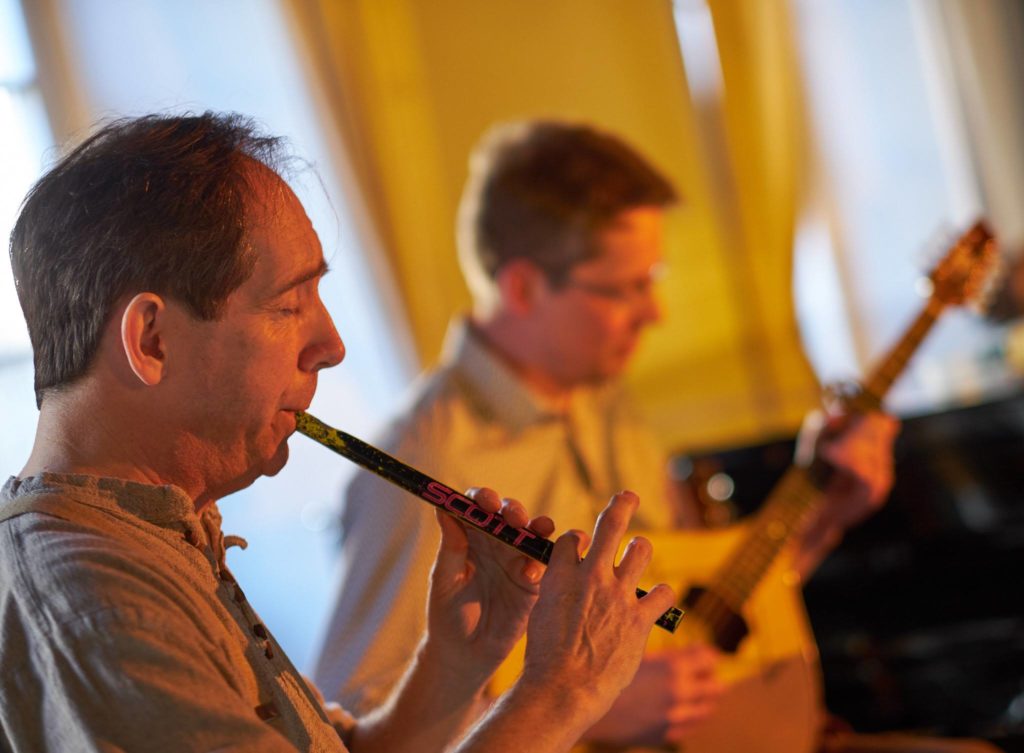 To enliven the audience, a story is also being told. Namely: A long time ago, a friend of Dave’s had found a dead squirrel in the forest. Instead of throwing this valuable item into the bushes, he took it home with him, found a pair of diving glasses from a child’s diver-doll in a toy box. Attached them to the dead squirrel and snuck a kilometer away in the dark of the night to his neighbours fishing baskets in the river to surprise him. The truth was revealed only years later. 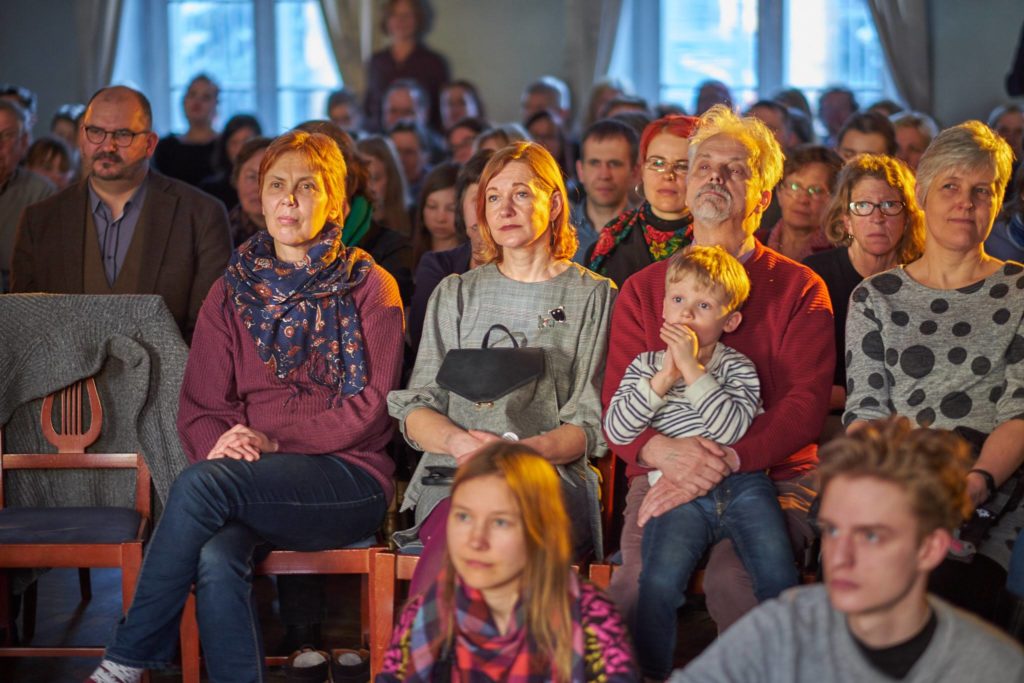 Hiding behind the corner, is the one and only, Café “Koloniaal”. Like in the Soviet times, the most important part of going to the theater was visiting the café. Likewise, now, the crowd storms for the goods of the café during the break. Seeing a real priest makes one hungry, that’s for sure. 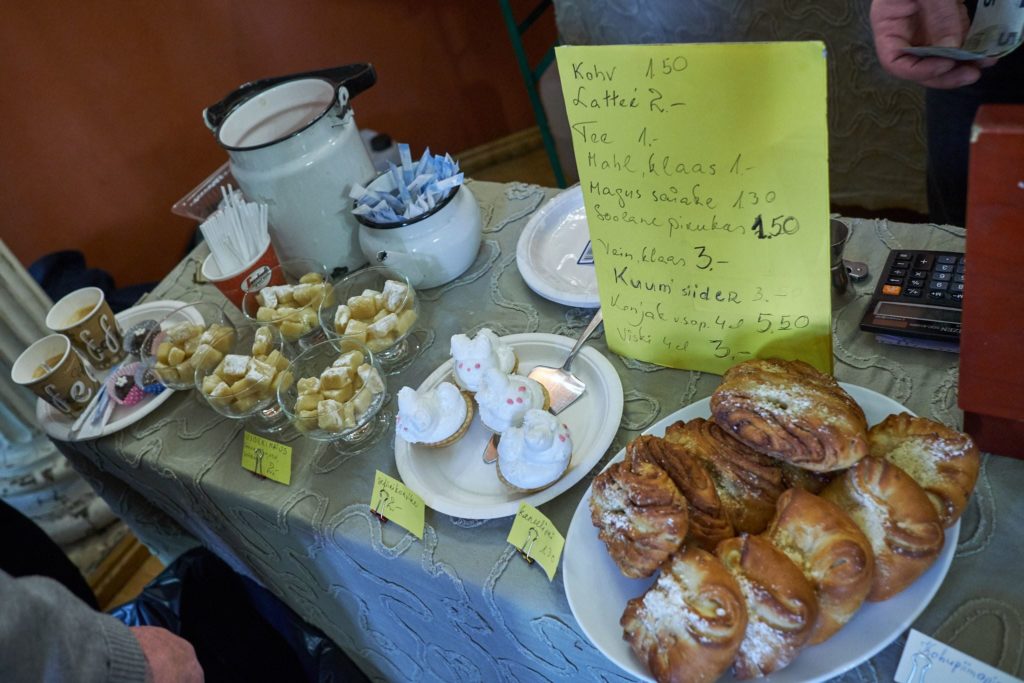 Unfortunately, some people use the break as an opportunity to sneak away. Although, one could see true dedication to music in the first rows, a few more music-hesitant people hid cautiously in the back. For the start of the second set, the back rows grew a little emptier, but this was taken advantage of by three little girls to start playing “rock, paper, scissors” over there. Or as I heard Estonian children in a bus somewhere in Mustamäe, “snail, deer, raccoon” 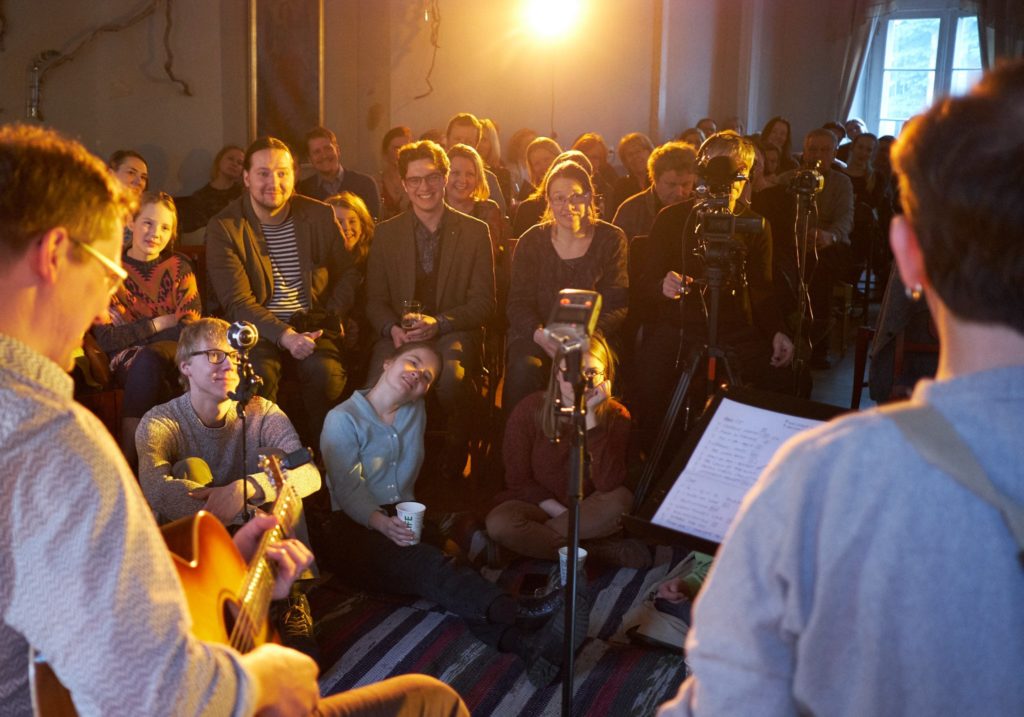 Dave Murphy, who received his first tin whistle from a pianist whom he can blame for this musical career, says that music is like rain, wind or sunshine for him. One can tell if somebody is Irish by their inner jollyness and energy. I could feel that too, but I felt that some of it still stayed undiscovered. 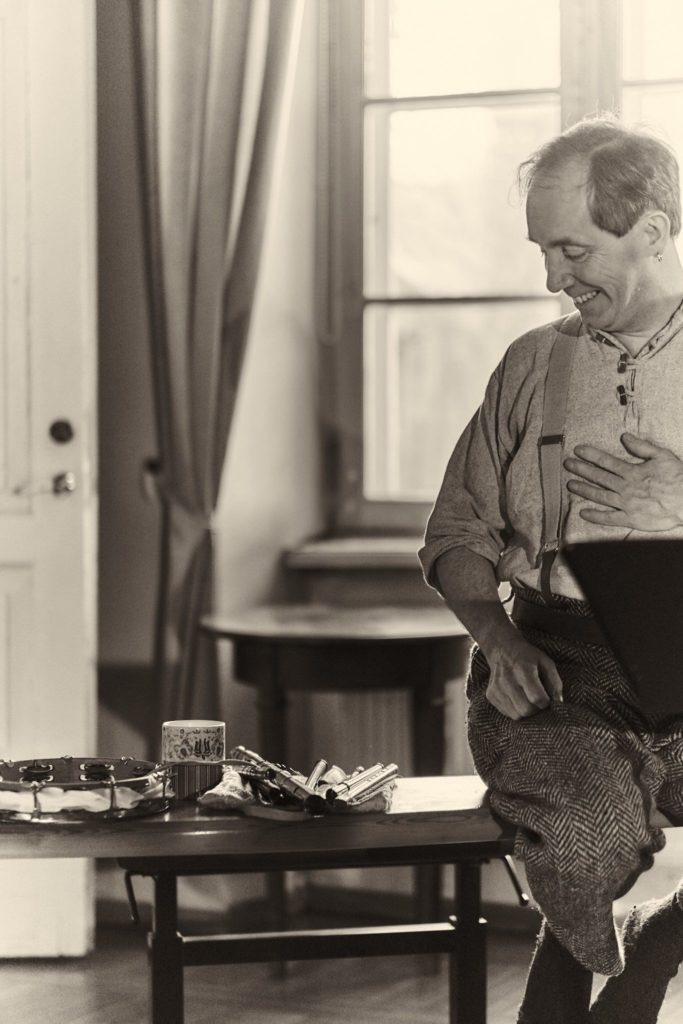 Dave loves small festivals, where the connection between the musician and the audience is more intimate. And that Reval Folk is. A narrow hall and the opportunity to pat the artist on the shoulder during the break gives one the feeling of belonging. Dave appreciates the individuality of a musician. And he complains that these days, when the music business runs on creating sound “conserves”, the human individuality of musicians is sometimes lost. He nostalgically recalls times when the level of musicians was different and everybody learned to play in their own individual style. 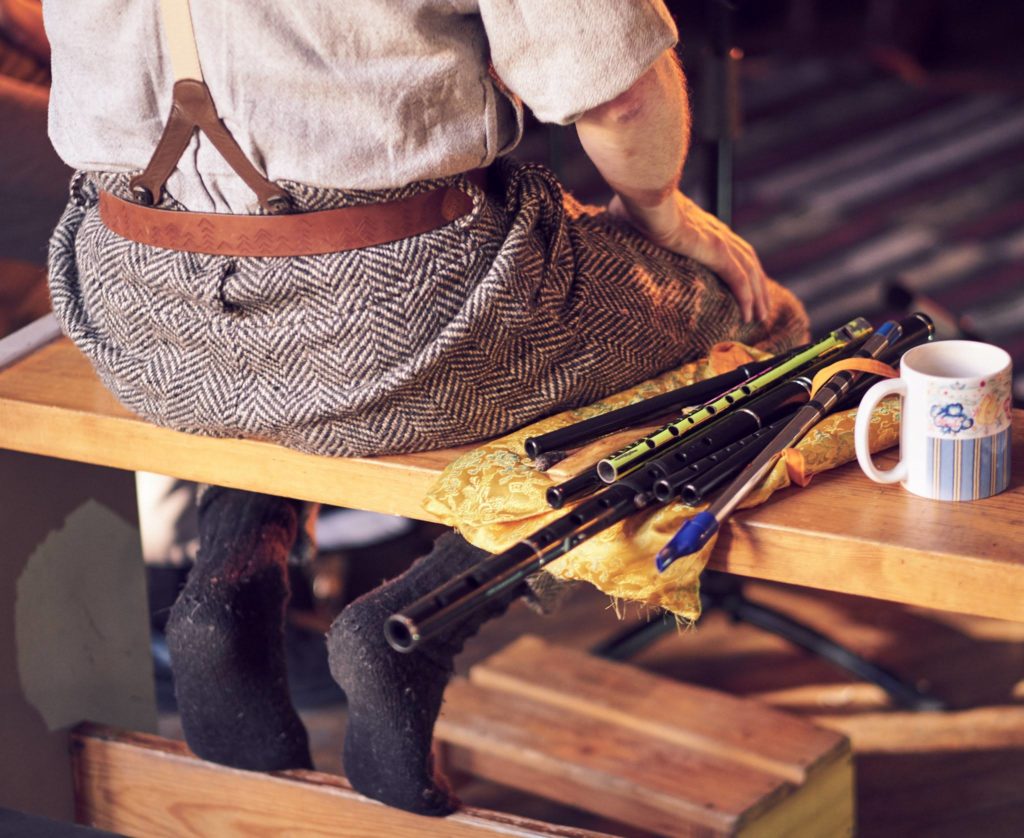 Jyrki Koivisto is a priest, who was infected by the musical spark of his ancestors. He started out as a street musician in Helsinki, got to know Dave and they started playing together. Then, after a five year pause, in Estonia as well. 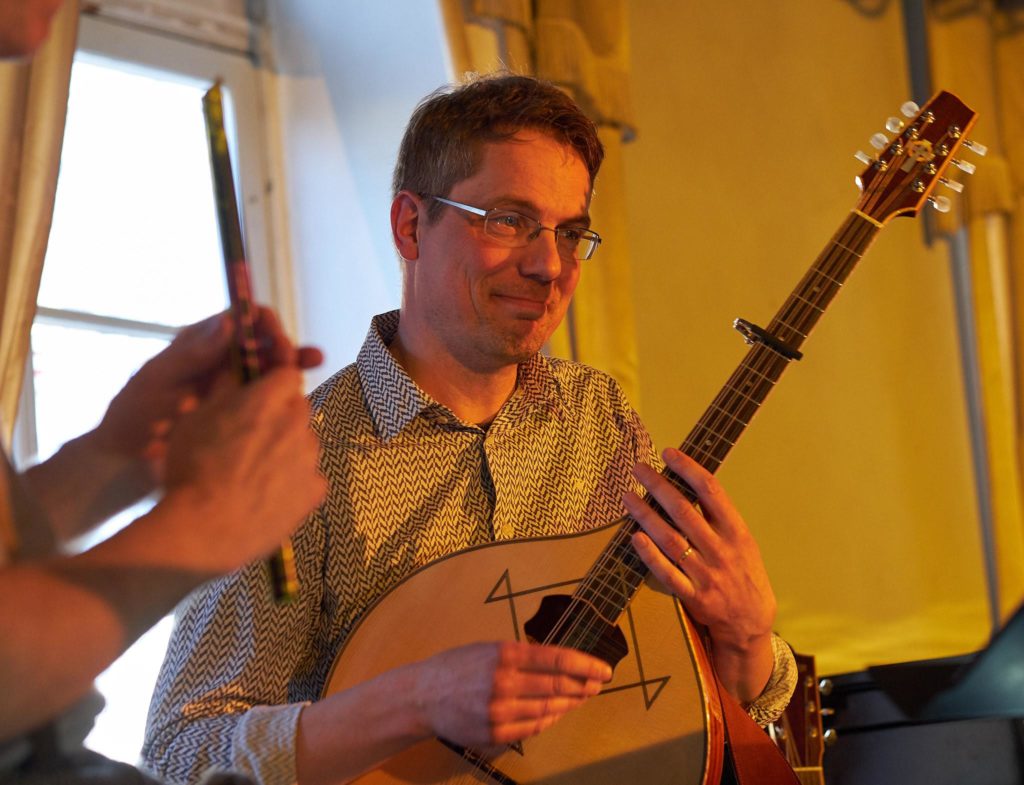 He believes that the world would be a better place if people would really listen to each other. It could also mean that they’d listen to each other play music. Fortunately, one cannot listen to every single tune. There will be tunes as long as the musician has the will to play. Then he rests, and starts again. 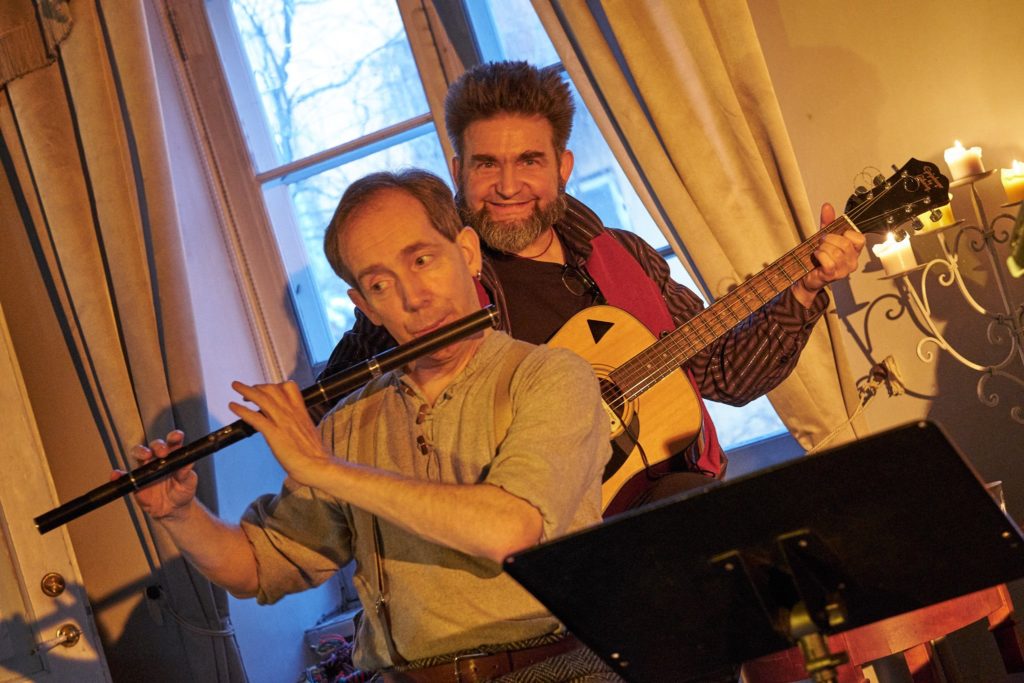 For the last song of the concert, Diedrik Timmermans, whom we know from the last concert, stood up and joined in. Krista Citra Joonas also joined in with the musicians. All together they played the one last, and very memorable, tune. And so it was the time to sing together. Unfortunately, the last busses were already leaving, so the majority of people left, but a good bunch of people stayed and enjoyed dancing together. 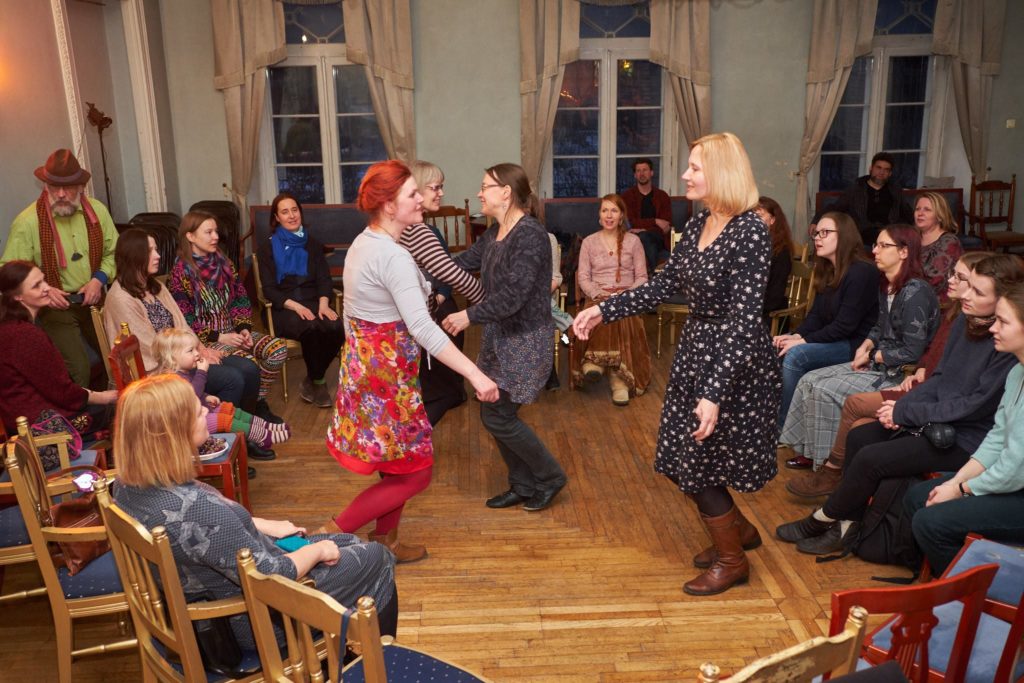 The runosongs were sung until the dark of the night. But Reval Folk will continue. On 20th of April, at the same Muusikamaja, we have the opportunity to enjoy the royal squeezebox playing of Juhan Uppin. For that, one must arrive by 7 pm.