Interview with the an Estonian musician Sille Ilves

Sille Ilves, together with Martin Leamon and their duo SILD will be the opening performers of the second season of Reval Folk this year on the 15th of September at 7pm at Vanalinna Muusikamaja (Uus st 16c). Their intro players will be children who participated at Reval Etno childrens camp. Martin and Sille were also their teachers. More about the concert HERE

We asked some questions from Sille Ilves and she answered 🙂

Which geographical place(s) give you, as a musician, the most playing strength and inspiration for your duo playing? 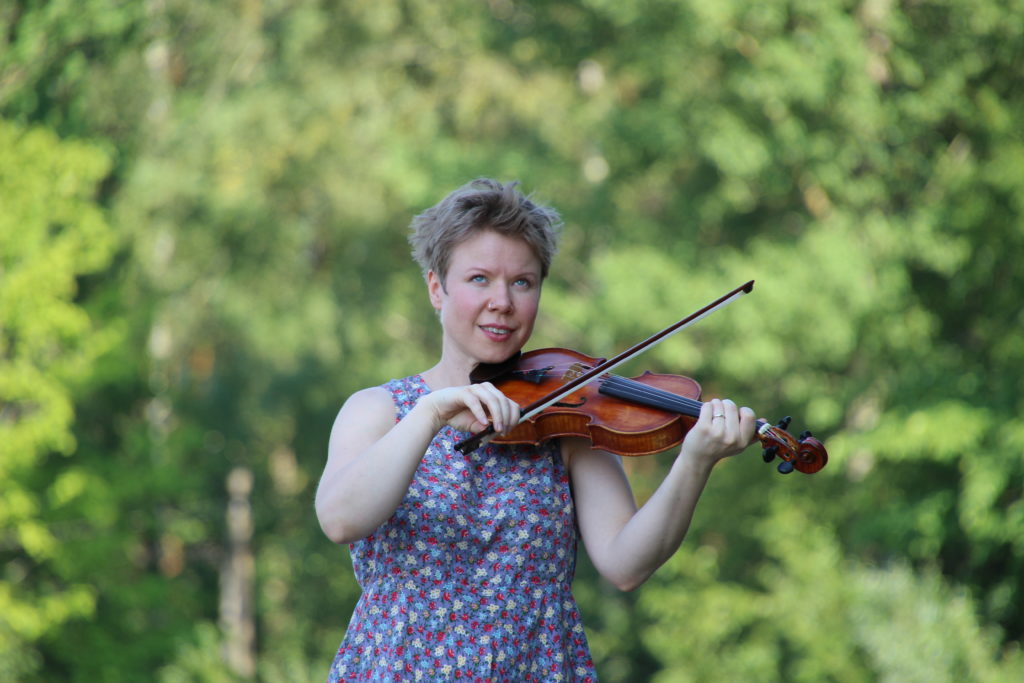 I have had two homes, one in Wales and other here, in Estonia, therefore I think that those two geographical locations are dearest to my heart. To be more precise, the restless hum of the ocean in western Wales and the sound of forest in Setomaa empower me. But inspiration can strike me whenever, wherever.

Do you have musical and/or ‘thinking’ role models? Who are they?

Irish traditional fiddler, Kevin Burke has always been a great role model for me. His solo album, “If the cap fits” absolutely amazed me and encouraged me to dig into the Gaelic music tradition. We also have a dear friend, Ceri Rhys Matthews who opened the door to musical-thinking for me, which I keep opened daily. A thought from him, which leads me in my daily life goes: “Music is like canvas on which you, as a musician and artist, paint the world choosing your own colors and techniques.” He, Ceri Rhys Matthews, is also the creative leader of Fern.

Where have you been playing (and have you played) the most? Who is your audience?

We have been living in Estonia for the past 2.5 years. We have not performed a lot here, but  at home, we play daily. In Great Britain we organised dance evenings for traditional dances, calling those evenings “twmpath/ceilidh/fest noz”.

We also perform all-year-around at folk-festivals and clubs. Dance evenings are for everybody, where people of all age groups come together and enjoy the time spent together.

The audience back in Great Britain was typically made up of older generations, who tended to be more open minded and curious about the world than the average concert-goer. Folk music is stated as something jazz-like in Great Britain. More underground, alternative.

We play instrumental music based on traditional tunes from Wales and Estonia. Our songs are arranged through our own filters and are never done in the English language, therefore our audience is the crowd, who do not hesitate to explore through the music and therefore experience something unique.

Have you experienced an extreme concert situation or concert happening (yourself or being in the audience)?

We have experienced some extreme situations, here and there. Usually, because of bad management and organisation. Sometimes the weather or tuning can ruin the experience.

It happens that people who are not musicians can’t imagine the horror and sometimes, there really is a lack of empathy. But there are a lot of good memories too. Beautiful moments that stay forever. The best moments are when something spontaneous happens, when the audience takes the initiative and starts communicating with the players, so that the atmosphere becomes out-of-the-box and free. After all, isn’t feeling free the most desired feeling at the end of the day?

What does music mean to you?

It is a very personal way of expressing oneself. A mirror to the soul.

What does tradition mean to you? What does it mean to be a tradition carrier and playing

It is a flowing river. The same river that ends up in the sea, but which changes continuously. To carry tradition and to play traditional music means to be part of the river, which changes in time and changes you, as a musician.

What do you think traditional music gives to the youth who play it today?

I think it should be asked to them, themselves. When I was a teenager in the end of 1990s, folk music was a new thing and a whole new and interesting world to explore. I really hope that youngsters today find folk music as alternative way of self-expression.

What is your dream for the world? What kind of world would you like to live in?

Live and let live. I already live in that world, and I try to live my life to the fullest. We all have a choice on how to live. One has to choose wisely and be happy with what they have.